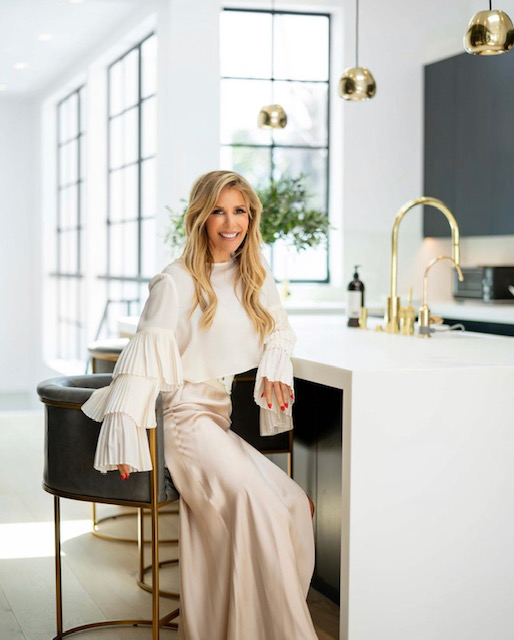 This week’s Meet a Mom interview is with Million Dollar Listing Los Angeles’ Tracy Tutor! Over the past 22 years, Tracy has built an incredible career in Los Angeles real estate, specializing in finding buyers for celebrity architect-built homes, including ones by Frank Gehry, Pierre Koenig and John Lautner. She’s become most recognizable, however, by joining Million Dollar Listing Los Angeles, and has been the lone female Realtor on the show for the past four years. Finally, she’s a mom to two girls, Juliet (16) and Scarlett (13), who she co-parents with her ex-husband.

We spoke to Tracy about her inspiring career, advice she gives to women interested in entering the industry, opening up more of her personal life on Million Dollar Listing Los Angeles’ new season, and more!

Was there a moment over the last 20-plus years when you thought “I made it”?
I can remember early in my career making a six-figure salary. I was like, I’m 25-years-old and halfway through the year—and I thought, this real estate thing is working out. I felt like I could take care of myself. I was an actor that realized I didn’t want to  spend my life auditioning for a part. I got into real estate on a wing and a prayer.

Love a good pivot story—do you make a point to share that with other women?
I talk about it all the time. We put so much pressure on ourselves to know our career path from the beginning. I didn’t follow my heart because I had a passion for real state when I was a child. I actually just had a passion for selling. My first job was selling suits in high school. The road is curved and we don’t always end up following the same path all the way.

Fantastic advice. What has it been like as the only woman on the show?
For me I have stayed on this path because I’ve been able to be financially independent. Being a women in business has been difficult – most of my male peers had the success earlier. Maybe because they didn’t have kids, or because I’m a female in business. Now, with the show, I have a voice for women in business and women in general. The industry is 60 percent female and the show has been on for 9 years, so not to have a female on it is absurd. How accurate is the show?
It’s pretty accurate. We don’t do anything on the show that doesn’t follow storyline. Sometimes a seller will utilize a seller representative for privacy but we always stick to the truth. A lot of these houses go into escrow, fall out, or don’t close. Personally, since the first season when it featured me and my ex-husband,  I’ve kept [my personal life]  pretty private. In this season my daughter Juliet participates again and my boyfriend joins as well, so fans will see me on a more personal level.

Nice! Can you share a bit about weathering tough times over the past 20-plus years?
Yes I got into the biz in 2005 at the height of the market. it was the Wild West—you had to be aggressive. Then in 2007 and 2008, the crash was a real shock to the system. So many real estate agents lost their jobs. Then we had 10 strong years, and then COVID hit, and overnight I lost $30 million in escrow; two-and-a-half percent of that is a generous salary for most people in this country. We had four months of a total shutdown…it was a moment of only the strong will survive. Luckily I had just written a book, Fear Is Just a Four-Letter Word. Then the market started to go bananas again. Hopefully this will be a record breaking year based on the numbers so far.

What advice do you give to moms or other women looking to get their real estate license?
Make sure that you understand it’s not a flexible industry. You make your own hours but my hours are 7 am to 10 pm on some days. It can be unstable. You have to be able to weather the storm. And you have to make sure it’s something you’re passionate about. Not real estate – passionate about selling. I would make sure you have some reserves and savings. And start as an assistant or join a team so you have the ability to have people around you who are already doing business so you can be involved. 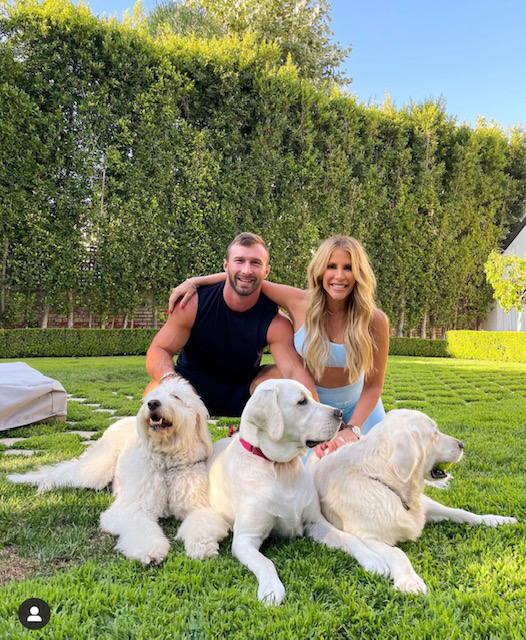 On a personal note, do you have any advice on successful co-parenting?
There were dark, dark days navigating separation of a long-term marriage and learning how to be cordial and put the kids first. The only thing I can say is if you’re going through it know there is the other side and I promise that with time and healing you can get there. I hated my ex-husband with a passion. I let so much build up instead of leaving sooner. We are now working together again—it’s been 4 years. Now, we’re in a good place and our kids are in a good place.

This error message is only visible to WordPress admins

Please go to the Instagram Feed settings page to create a feed.

Stay up-to-date with what is happening in-and-around Birmingham and Bloomfield Hills, MI with local events, community highlights, and exclusive deals.